The Case for Minority-Owned Farms in America

In an era of social justice and a focus on leveling the economic playing field for minorities in the United States, you might be shocked at some statistics on minority businesses and minority-owned farms, in particular. You might think that business opportunities, for black farmers especially, have increased in the last few decades and that we as a country were now on the right track to see equal opportunities for our citizens of color…you couldn’t be more wrong.

As we researched this article, we came upon some shocking and depressing numbers. In 1920, farms owned by blacks numbered just under 1 million, 925,710 to be exact. If I polled most Americans, we would certainly think that number has maybe doubled, or even tripled in the last 100 years. However, the actual number of black-owned farms has decreased.

That means that only 1.4% of American farmers are identified as black or African American. What’s even more alarming is that they represent less than 0.5% of all farm sales, they have much fewer acres per farm, and they are more likely to operate a net loss over their more traditional counterparts.

How is this even possible you ask? After all, we’ve passed legislation on equal rights, promoted small business advancement, and created tons of programs aimed at subsidizing and aiding farmers. There should be more minority businesses and farms. How does a country that’s been so hyper-focused on leveling the playing field for minorities be so far behind the curve? We asked the same questions, and here’s what we learned.

Black Farmers Have (and have always had) Less Opportunity

As you might expect, the ownership of farmland has a direct correlation with farm wealth. The more land a farmer owns, the more production, income, and profits he/she can command. Also, land ownership is directly correlated to funding and financing, as the land is typically used for collateral (think home equity loans!).

General statistics tell us that in the early 1900’s about 5% of farmland was owned by black farmers, a much smaller percentage than the overall population ratio, but alarmingly, that number has gone down in the last 100 years – drastically! Today, only about 1% of farmland is owned by black farmers. Meaning, the most crucial element to being a successful and profitable farmer, is slanted very heavily against those of color.

According to the UDSA, black-owned farms also receive much less in the form of subsidies, about 50% less than your average farm. They have lower profits and overall income is magnitudes below the average American farm. That’s just today’s influence, the problems go back several generations.

The Homestead Act and Morrill Land Grant Act were both passed in 1862, and you would think that progress should have started then. However, the 14th Amendment wasn’t passed until 1868, meaning that many black citizens were not permitted to take advantage of the previous Acts. If you were categorized as a slave, it was very difficult to purchase land, and if you did, you could not will it along to your heirs. In turn, a generational problem of land ownership (or lack thereof) was created. There is some hope on the horizon in the form of the Justice40 Initiative, signed in existence in January 2021.

The justice40 initiative is a new proposal that is to ensure that at least 40% of federal climate investments go directly to frontline communities most affected by poverty and pollution. It is committed to ensuring that an accountability framework centered on racial justice and equity guides these investments. The initiative is directed across government agencies and directs funds to minority populations for programs related to pollution, climate, financing, occupational and environmental causes.

The organization has a few objectives:

1) To provide resources for new farmers and those who are looking to scale their farm business.

2) To provide resources for those who want to enter into farming but don’t have access to land or capital.

3) To provide a network for people who are interested in farming but don’t know where to start.

4) To increase the number of minority-owned farms by 10% over a 5-year period.

5) To create an online marketplace where farmers can sell

Why is it Important to Support Minority-owned Farms?

Well, it’s obvious that as Americans, we want a level playing field for all citizens, whether it’s business, the stock market or farming. Some of the reasons why minority-owned farms are good for America are: they are typically rural, smaller operations that provide healthy foods in a local community. They also provide local job opportunities, and they promote community development. We should not think that black-owned farms are only good for African Americans. They also provide benefits to American “communities” as a whole.

The black-owned farm is one of the last bastions of economic independence in America. The farm has been an integral part of our heritage since long before emancipation. It’s not just a place where African Americans can achieve financial freedom they’ve never known before, it’s also a place that teaches our children what the old values are, and how to respect them. Again, it goes back to those generational benefits, they’re not just financial, but social and emotional as well. Most of those benefits of farming are felt “locally”.

There’s been a huge resurgence of the “farm to table” operations in America the last 20 years, and an even higher spike in the last two! The pandemic we faced put huge strains on our complex supply chains, many times for that very reason…they are complex! So, food grown specifically for local populations is rapidly gaining popularity.

Over the last few years, we’ve seen that increase in thinking “local”. From our vacations (or staycations if you will), to the family sit-down dinner, and even procuring that food from the local farm market. We are sticking close to home more and looking to local businesses more often as well. Local farms provide the freshest produce, meat and poultry directly from the fields, and dairy products as close to the cow as you can get.

If you are not yet convinced about the benefits of buying locally grown/raised items, think about this. You’re more likely to get organic items from a local producer. Here are some reasons why you should consider organic:

– Organic farming is better for the environment

Locally grown produce is the freshest available anywhere. The vegetables, fruits, berries, and other crops are picked just hours before they are delivered to your table. You won’t find any pesticides or chemicals on these delicacies because they’re not needed when grown in a sustainable, environmentally-friendly way.

The United Nations defines sustainable farming as “a way of farming that maintains the health of the natural resource base, including the soil, water, air and animal and plant life that depends on the land for their survival.”

Measures are underway to promote more sustainable farming practices, and this couldn’t be more important for the nation’s black farmers. Luckily, we have a beacon of light in this area.

In preparing for this story, we were speaking to our newest industry partner, Keith Moore. Keith runs KDM & Associates and is directly connected to the Minority Business Development Agency (MBDA) in Washington, DC. Keith is energetic, smart, and passionate. I can think of many occasions when on a call with Keith, that he is concurrently managing/attending other meetings! I have visions of him clicking into various web meeting rooms, holding a phone to his ear, and somehow keeping up with all of it. I wouldn’t go as far to say he’s a workaholic, but I can tell you the man has a lot he wants to accomplish.

On our very first meeting, while discussing how to accelerate the minority ownership of American farms, Keith told me to check out P.J. Haynie. I had never heard of him, so I did what any writer does, I immediately Googled him. What I found was that Mr. Haynie is a well-respected superstar in the farming community.

I learned that P.J. is actually Phillip J. Haynie III, and that there is a Phillip J. Haynie IV! You see, P.J. (III) is a fifth-generation farmer (remember the generational success thing!), and he has operations in Virginia and Arkansas. He grows a variety of crops from soybeans to sweet potatoes. P.J. is also the Chairman of the National Black Growers Council (NBGC), an organization run by farmers, that is dedicated to improving the efficiency, productivity, and sustainability of black row crop farmers.

P.J. obviously has a passion to advance the American black farmer, but his passion extends to regenerative farming techniques as a whole. A graduate of Virginia Tech University, his agricultural knowledge and experience transcend both the books and the fields. From cover crops to low/no-till practices, P.J. is increasing his yields, improving the soil health, and lowering his carbon footprint, all while using less harmful herbicides and pesticides in the process.

P.J.’s Virginia farmland is in an area known as the “Northern Neck”. It’s a stretch of land jetting out to the Chesapeake Bay bordering the Rappahannock River to the south and the Potomac River, and the neighboring state Maryland, to the north. Being so close to the Bay, the local farms’ runoff could certainly make its way into the pristine waters known for oysters, lobster and of course, blue crab. By adhering to regenerative practices, P.J. not only takes better care of his land; the surrounding wildlife and waterway areas benefit from less chemical runoff too.

The story goes that P.J. (after college) was working in a commodity broker’s office and got word that his family’s farm was in trouble. He packed his car, came home and he and his father (P.J. II) got to work turning things around. Since that day, the Haynie’s have been running a collection of thriving family farms. He’s had success on the local farm level, and I think he will have success on the national level as well.

Whoever you are, farming is a tough profession. You’re at the mercy of mother nature and each year can bring crop failure at the worst, or bountiful harvest at the best. Every year however, brings uncertainty and having the deck stacked against you can be insurmountable. Promoting a level playing field is the very least we can do as a society.

The inequities for the black farmer go back over 150 years, but with people like Keith Moore and P.J. Haynie on the case, there is hope. Through successful farming and tireless advocacy, they are raising awareness to this plight. There’s a lot of catching up to do, but with farmers such as P.J., organizations like the NBGC, KDM and the MBDA championing the cause, we have reason to be optimistic. 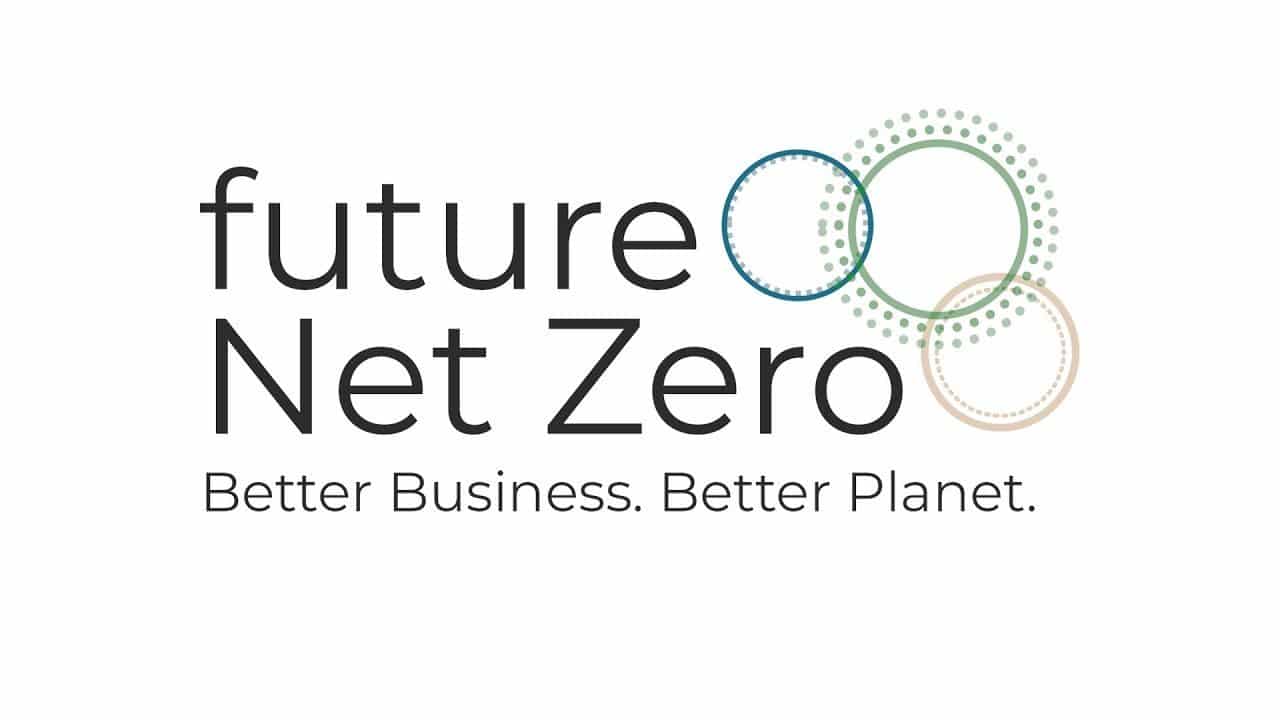 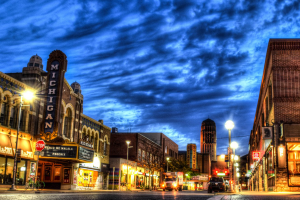 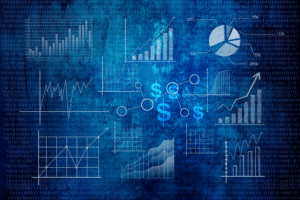 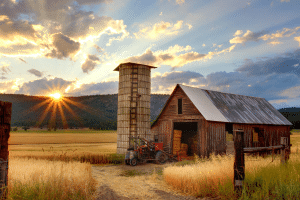 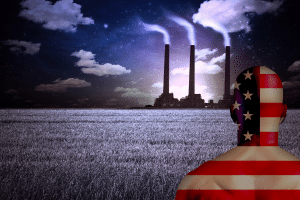 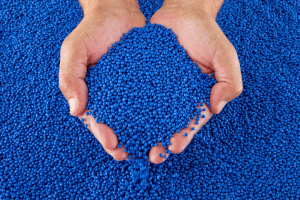 3 Important Questions to Ask Your Resin Supplier or Plastics Compounder 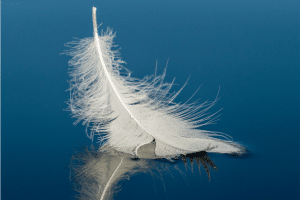 The Strengths and Weaknesses of Industrial Hemp’s Weight