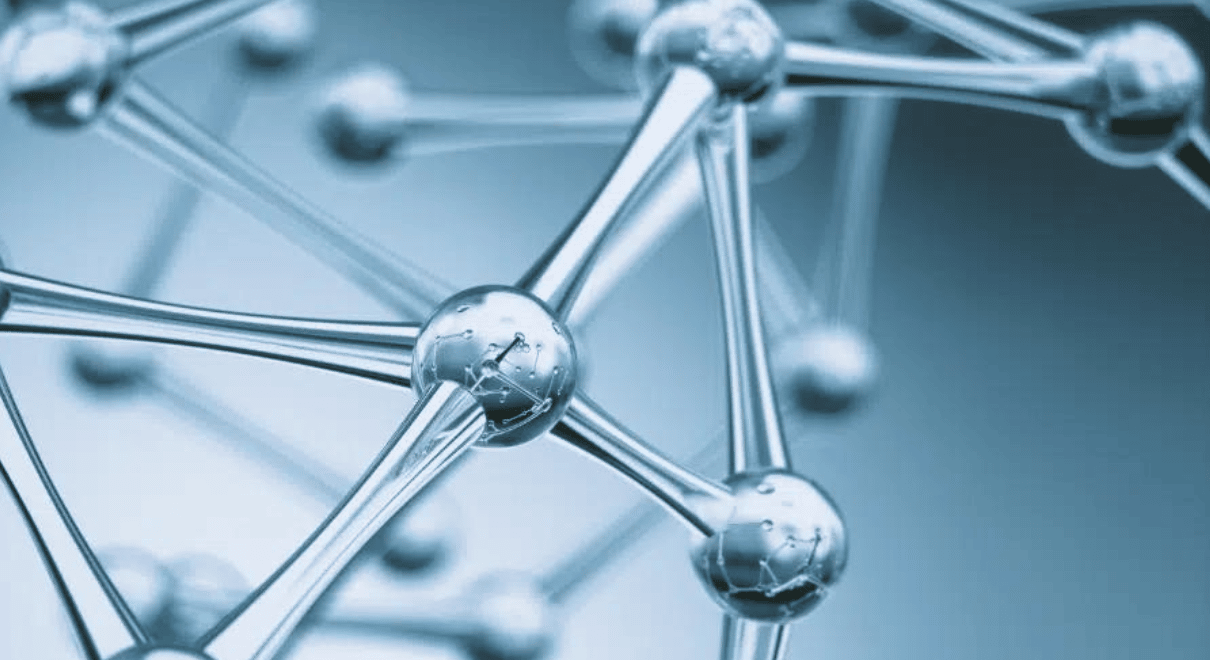 The Ultimate Guide to Plastics of the Future Part 4 – Bioplastics

Bioplastics are a new type of plastic that is made totally from renewable resources. Different from bio-based additives which this ebook focuses on in a later chapter, bioplastics are made from plant materials that decompose without leaving any negative impact on the environment, and since they are biodegradable and compostable, they can be broken down by microorganisms quickly, unlike our more traditional plastics.

Bioplastics can be made from many renewable resources like corn, soybeans, wheat, sugarcane, or hemp. They are manufactured without generating as many greenhouse gasses or using fossil fuels like traditional plastics. There are some specialized bioplastics that decompose very quickly in the environment, however because of this, their durability has been lacking compared to petrochemical-based plastics. Add that to higher costs, and this has led to a slower adoption cycle for these “pure” bioformulations.

Bioplastics may be the future of eco-friendly materials and plastics in general because they are made totally from renewable resources. They can be lightweight, resistant to heat, waterproof, flexible, and can even be recycled under controlled conditions.

They can also be used to create products in a variety of different industries, and along with being environmentally friendly, bioplastics also have many health benefits associated with them since they are made with less toxic materials. According to Qualityinspection.org, The difference is that they do not cause the same level of harm to the environment as their oil-based cousins. For instance, we’ve all heard of the damage that microplastics do to animal life. Since bioplastics are based on organic materials, they do not contain the same harmful chemicals as their petrochemical-based cousins.

If bioplastics don’t affect the environment as harshly, they must be a great alternative. There are many impressive advantages of bioplastics to celebrate.However there are some tradeoffs.

Bioplastics are still quite expensive and compared to their oil-based counterparts they are not as affordable today. In fact, they are generally two or three times more expensive than the major conventional plastics such as PE or PET, and their production is hampered by low yields. Still, the production of bioplastics is expected to grow at a rapid rate in the coming years.

Some bioplastics have a shorter life cycle than traditional plastics due to weaker mechanical properties. Bioplastics such as polylactic acid (PLA) and polyhydroxyalkanoate (PHA) are often used to replace plastic items in the grocery store, but they have their flaws. PLA is recommended for packaging food so it doesn’t have to be refrigerated, but it has a shorter lifetime than oil-based plastics. Some algae-based bioplastics break down very quickly, because they are so highly biodegradable.

The worldwide adoption of bioplastics sounds great, but some are not entirely recyclable. Unless processed at an industrial composting facility, bioplastics will end up in landfill where they release methane gas which contributes to climate change. If local authorities lack this facility, the ‘green’ bioplastic may end up being disposed of with normal trash. When discarded in general-use landfills, they do not break down any easier than regular non-biodegradable plastics.

There are efforts underway to certify “home-compostable” bioplastics. In Austria, they are experimenting with home composting of plastics and choosing to err on the side of caution, giving guidelines that are twice the allowable amount of time, and at much lower temperatures than industrial composting. However, as of this writing, there is no such program in the U.S.

Cellulose: the Organic (and Original) Bioplastic

Cellulose was discovered in 1838 by the French chemist Anselme Payen, who isolated it from plant matter and determined its chemical formula. The first successful thermoplastic polymer, celluloid, was produced from cellulose by Hyatt Manufacturing Company in 1870. Rayon and cellophane were developed in the 1890s. Cellophane was invented in 1912. Hermann Staudinger determined the polymer structure of cellulose in 1920.

Cellulose is a natural polymer that is found in plants, and because of that, it is the most abundant organic compound on Earth. It’s a carbohydrate that can be used to make plastics, and because it’s a renewable resource (unlike fossil fuels) it’s not a hazard to our environment.

In fact, it’s building block of a lot the natural world we see around us, as:

Every plastic and resin on the planet is a polymer. Quite simply, a polymer is just a series of repeating subunits (monomers). These repeating units are all connected through a process called polymerization, however the original material used for polymers was cellulose. However, polymers existed long before Payen’s discovery of isolating cellulose; you see, cellulose is everywhere.

Even though cellulose is one of the most abundant polymers on the planet, today most plastics on this planet are synthesized from petroleum. In fact, many of the biggest oil companies are also the biggest plastics manufacturers. This means that the process of making plastics is not great for the environment.

We have to start looking at how these polymers are created, and the impact they have on the planet we live on. As we evolve into a more eco-friendly society, we must start looking to cellulose-based (as well starch and protein based) polymers as a potential solution to the bottleneck in plastics production.

Before we dive into the bio revolution in plastics, let’s discuss two terms that sometimes get confused – Bioplastics and Bio-based Additives (for plastics). Petroleum problems in America quickly become plastic problems because all of the plastic we are familiar with today is petroleum-based. But, what most people don’t know is that the original polymers and plastics were not petroleum-based.

The free market chose oil-based plastics because there was a large supply at a very low price. Manufacturers, always looking to reduce their costs, got forced into this supply chain of cheap raw materials in the form of petroleum-based plastics.

Now, 100 years later, manufacturing has fundamentally changed. Consumer demand is pushing all manufacturers and industries toward a more sustainable future. This is causing manufacturers and raw material suppliers to try to figure out how to include bio-based materials in the products they’re producing. Bio-based plastics can be made from a dozen or more different places:

Bio-based Additives, on the other hand, are typically chemical substances that are mixed with base resins to create plastics with more usable properties such as durability, strength, resistance to chemicals or heat, and flexibility. Bio-based additives are a reactive ingredient added to polymer resin to give it equal qualities such as, strength, flexibility, impact resistance, molding and even translucency or color.

The main difference is that Bio-based additives can be used in plastics to replace other additives such as oils which greatly increases the biodegradability as well as reducing the carbon footprint of the plastic. Typically, bio-based additives are much more sustainable than their traditional counterparts, and are considered “greener” in nature.

As we know, the plastics and rubbers of today are mostly synthetic (petroleum-based) polymers. These polymers each have different chemical properties, which gives them certain performance characteristics.

As we learned earlier, cellulose is the most abundant organic polymer, and can also be found in many crops grown today. Since cellulose-based polymers are not cannibalizing our food production like protein and starch-based polymers, it will most likely become the bio-feedstock of choice.

The State of Bioplastics Today

That answer is different today than it may be a decade from now. The fact is, the plastics market has pre-established relationships and supply chains. Any company that wants to operate in that market has to figure out how to align with those supply chains and relationships instead of competing with them. It took us dozens of phone calls to the plastics industry to figure that out.

Currently, there is no reliable bioplastic supply chain. There are resins like PLA, PHA, and bio-based polyethylene that exist in small silos within the plastics market. Unfortunately, these are expensive alternatives and have received very little traction. Here are a few roadblocks that are preventing plastic made totally from biomaterials from becoming mainstream today.

Many people assume that everyone wants bioplastics tomorrow. Unfortunately, manufacturing and distributing bioplastics at scale is no easy feat. There are a lot of roadblocks and market conditions that stand in the way of companies trying to convert bio-based materials to plastic at scale. This means that the majority of the market will be made up of petroleum-based plastics for the foreseeable future.

The Future of Bioplastics

The fact that in the future it will require less plastic to produce the same amount of volume due to the addition of bioplastics. The materials we’re replacing require very high carbon footprints to produce.

Lego is one of the few companies that has come out and stated that by 2030, they want all their products to use bio-based resins. Although that’s a great sustainability mandate, it’s still a long way away.

Plastic derived from biomaterials will inevitably become a reality over the next 10-20 years. Gradually, chemical conversion plants will come online and get more efficient in manufacturing – which will drive costs downward. Some may fail initially, but the ones that have great technology and establish a loyal customer base, will stay alive and drive the plastics of the future.